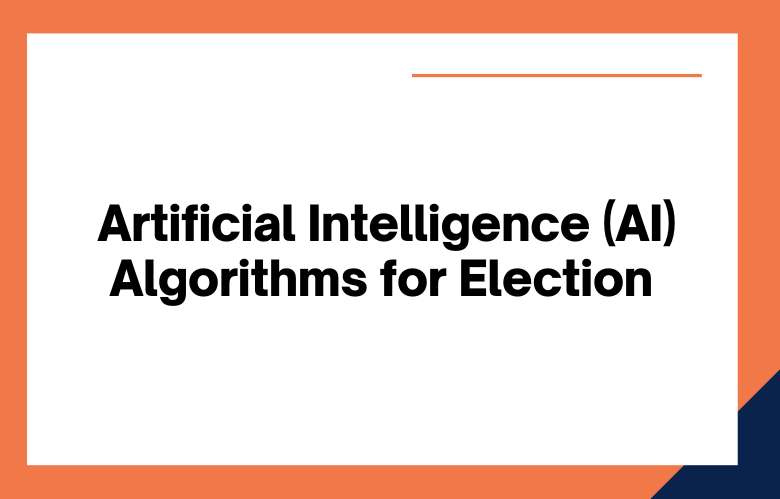 Ask anyone in the tech industry what they think is the most exciting and essential application of Artificial Intelligence (AI) today, and they’ll likely say it’s in the field of elections. That’s because AI is used in various ways to help election campaigns, from understanding voters’ wants to targeting them with personalized messages.

In this blog post, we’ll look at how AI is used in election campaigns and what benefits it provides. We’ll also examine some potential risks associated with using AI in this way.

How AI is helping Election Campaigns

Understanding what voters want is another considerable one. This can be done through traditional polling methods, but those can be expensive and time-consuming.

AI can help analyze massive amounts of data more quickly and accurately than humans can. This means that large social media platforms like Facebook and Twitter can be used to track people’s opinions on issues in near-real-time. This information can then craft more effective messages that resonate with voters.

In addition, AI can be used to target voters with personalized messages. This is done by analyzing voter data to identify groups of people with similar characteristics.

For example, suppose a campaign wanted to target women aged 30-50 who live in urban areas and have college degrees. In that case, they could use AI to quickly identify those individuals and ensure that their ads are presented to them more often than other voters.

AI can help automate repetitive tasks like donor outreach and scheduling. This frees up time for campaign staff to focus on more critical studies.

Both major political parties use AI to up their game in the United States. The Democrats have been using a system called Ada for several years now.

Ada uses machine learning to predict which voters are most likely to be persuaded by a particular message or approach. This has allowed the party to target its resources better and tailor its messages to specific groups of people.

The Republicans, meanwhile, have been using a tool called Deep Root Analytics, which uses data from millions of Americans’ television habits to help identify potential voters and target them with political ads.

In China, AI is used similarly to target individuals with political ads. However, China’s use of AI goes even further than that. The Chinese government also uses AI-powered facial recognition systems to track citizens’ movements and crack down on dissent. This has led to some worry that China could use AI to create a totalitarian surveillance state.

If we take India, the Bharatiya Janata Party (BJP) has used an AI system called Parakhi for several years. Parakhi uses data from various sources, including social media, phone calls, and surveys, to help the party predict which issues are important to voters and what messages resonate with them.

The BJP has also used Parakhi to monitor social media for negative sentiment towards the party and then take corrective action.

Artificial intelligence (AI) has become an essential tool for understanding and utilizing large data sets with the rise of big data. AI can help you sift through data to find trends and insights you might not see. This is especially useful in election campaigns, where data is often king. Here’s a look at how AI can help you win your election campaign.

One of the essential things that AI algorithms can do for your election campaign is to analyze data. There is a lot of data related to elections, and making sense of it all can be challenging.

However, AI algorithms are designed to sift through large amounts of data and identify patterns. This means they can help you make sense of all the data related to elections.

Another way that AI algorithms can help your election campaign is by predicting voter behavior. This is thanks to something called machine learning.

Machine learning is a type of AI that gets better over time at completing tasks by learning from data. This means that if you give a machine learning algorithm a lot of data about past elections, it will be able to learn from that data and make predictions about how people will vote in future elections.

Finally, AI algorithms can also be used to identify swing voters. Swing voters are people who are not firmly committed to any one political party and could potentially vote for either party depending on the candidate or the issue.

Identifying swing voters is essential because it allows you to tailor your message to them. Luckily, AI algorithms are very good at recognizing patterns, which can help you identify which voters are likely to swing whichever way comes election time.

The essential aspect of any election campaign is fundraising. AI algorithms can predict which individuals are most likely to donate to a particular campaign and target them with fundraising appeals. In addition, AI can identify which issues are most important to potential donors and customize messages accordingly.

Another way AI is used in election campaigns is through targeted advertising. By analyzing large amounts of data, AI algorithms can identify which individuals are most likely to vote for a particular candidate and target them with ads that emphasize the candidate’s stance on issues that are important to them. This targeted approach is much more effective than traditional advertising methods, such as television commercials, which take a one-size-fits-all approach.

AI algorithms can also monitor social media for mentions of a particular candidate or campaign. This allows the drive to respond quickly to any negative sentiment and address any issues affecting public opinion. In addition, by analyzing social media data, AI can identify which topics are trending and adapt the campaign’s messaging accordingly.

One way that AI can help your election campaign is by identifying the most important issues to voters. Using data from past elections, AI algorithms can analyze patterns and behaviors to identify the key issues that will swing voters in your favor. Once those issues are identified, you can ensure that your campaign addresses them directly.

AI can help identify which voters are most likely to support your candidacy. By analyzing data points like voting history, demographics, and even social media activity, AI algorithms can paint a picture of voters most likely receptive to your message.

AI can also help you craft more effective campaign messages. By analyzing past election data, AI algorithms can identify the types of messages that have successfully swayed voters. With this knowledge, you can create targeted messages more likely to resonate with voters and convince them to support your candidacy.

AI is an essential tool for election campaigns around the world. It helps them save time and money while also increasing their effectiveness. However, as with any new advanced technology, some risks are associated with using AI in this way. These risks include the potential for misuse or abuse of data and the possibility that errors could be made that could sway an election outcome.