How Political Parties using of Films as a Political Tool 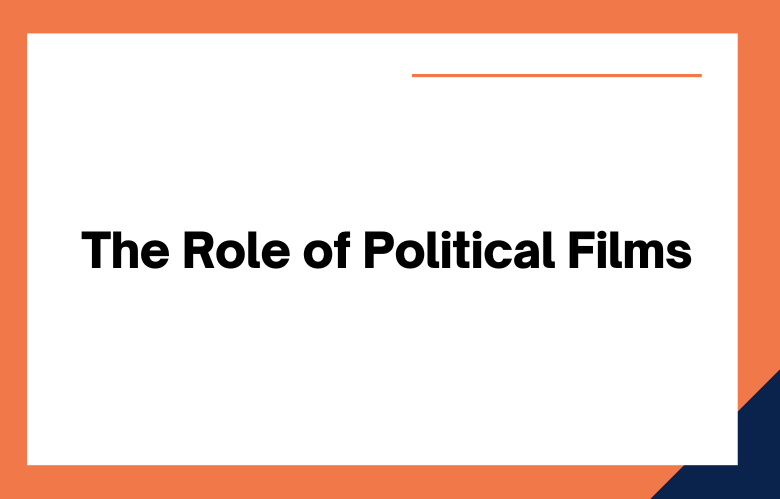 Political films have become an increasingly popular tool for political campaigns. As film technology has improved, movies in politics have become more effective and influential in conveying messages to voters.

Political films allow candidates to showcase their values, ideas, and policies in an entertaining and persuasive visual medium. Let’s examine how political parties use films as powerful tools for political campaigns.

In today’s world, political parties have begun to rely on the power of Film to spread their message and influence voters.

Historically, political campaigns have used television and radio ads. Still, over the past few decades, they have increasingly turned to movies as a powerful tool for creating an emotional connection with their audiences and mobilizing supporters.

Let’s explore how a film is being used in political campaigns today.

How Political Films used in Campaigns

Political films are used to make a lasting impression on voters. They can be used to educate viewers on the candidate’s platform and policies without sounding like an overly-scripted campaign speech.

By incorporating visuals into the presentation, viewers better understand the issues being discussed and the candidate’s stance on them.

They allow the candidate’s personality to shine through, allowing them to come across as authentic and relatable instead of just another politician repeating a rehearsed script.

Political films also create an emotional connection between candidates and potential voters by highlighting essential moments from their lives or stories about their accomplishments.

This gives voters a more intimate look into the candidate’s identity beyond their resume or campaign promises.

It allows them to see what kind of person they vote for beyond simply checking off ballot boxes.

In addition, political films can also combat negative press or highlight specific issues that might not get enough attention from mainstream media outlets.

For example, suppose one candidate is receiving more favorable press than another.

They can create short videos focusing on their strengths while subtly discrediting their opponent’s positions or actions.

This type of messaging can help level the playing field during election season by giving each candidate equal exposure in the eyes of voters, regardless of who is getting more coverage from traditional news sources.

The role of Movies in Political Campaigns

Movies are a potent tool for politicians because they can create an immediate emotional reaction from viewers—something difficult to achieve through other mediums.

Films can help politicians build support by depicting issues in a way that resonates with viewers.

For example, a movie about a struggling family may be used to illustrate the need for better economic policies, or a film about racism may use to make an argument for civil rights reform.

In addition to using films to convey messages, candidates also use them as part of their overall campaign strategy.

They often include clips from popular movies in their television commercials or print materials to tap into the emotions associated with those films and create positive associations between the candidate and those emotions.

Politicians also regularly host screenings of feature films as fundraising events or invite celebrities associated with specific movies to join them on the campaign trail.

The impact of Film on Voter Behavior

Studies have shown that Film has significantly impacted voter behavior over the years.

A 2008 study found that when voters viewed clips from popular films alongside political advertisements, they were more likely to remember information about the candidate than if they had only considered the ad alone.

Another study showed that people who watched movies featuring characters who took action against injustice were more likely to vote for socially progressive candidates than those without those characters.

This suggests that filmmakers can play an essential role in shaping public opinion during elections by producing work that reflects their values and beliefs.

The most obvious benefit of using Film in political campaigns is its potential to reach many people.

With the internet and social media, filmmakers have access to millions of potential viewers with just one button click.

The Film can evoke emotion from viewers, which can be highly beneficial when trying to capture people’s attention or sway them in one direction.

A film can be an effective communication tool for delivering complex messages in an easily digestible format.

When creating political films for campaigns, several things should be kept in mind to ensure success.

First and foremost, the content should be compelling and relevant to the target audience. It should also be concise; viewers will only stick around if the story drags on for a short time without getting to the point.

It’s also essential to make sure that visuals are impactful and tell their own story while reinforcing the message delivered through dialogue or narration.

Filmmakers should keep up with current trends so that their work appears relevant by the time it reaches viewers.

Political parties use films in various ways to reach voters. The most obvious way is through documentaries that present their views on specific issues.

For example, in 2016, the Democratic National Committee released a documentary about their presidential candidate Hillary Clinton entitled “The Choice 2016.”

This documentary highlighted her accomplishments and policy stances in an attempt to appeal to voters.

Documentaries like this can be very persuasive because they present facts in an engaging format that resonates with viewers.

In addition to documentaries, some political parties also use feature films to influence public opinion.

For example, the Republican Party released a feature film called “Trump Card” during the 2020 election cycle, portraying President Trump positively while painting his opponent Joe Biden as ineffective and out-of-touch with modern life.

This type of messaging is particularly effective because it appeals to emotion rather than logic or facts, making it harder for viewers to ignore or refute its message.

Political parties need to understand that films can use as an effective tool for influencing public opinion because they have the potential to reach large numbers of people quickly and effectively.

Films allow them to present their messages in an engaging format that resonates with viewers in ways other forms of communication cannot.

Films can help sway undecided voters by presenting facts in an easy-to-understand manner that avoids confusion or overwhelms.

The growing power of Political Films

Political films have been around since the dawn of cinema, but their power has grown exponentially in recent years.

With the advent of social media, these films can reach a global audience in a matter of hours, and their impact is felt in every corner of the world.

Political films can raise awareness about pressing issues, rally support for a cause, or start a conversation.

In an increasingly divided world, they provide a powerful tool for bringing people together and reminding us of our shared humanity.

From blockbuster hits like ” Black Panther” to independent films like “The Divide,” political films are changing how we see the world and ourselves.

Political films have always had the power to influence the public’s opinion on important issues.

In recent years, however, this power has grown exponentially.

Thanks to the internet, social media, and streaming services, films can now reach a global audience of billions.

Political films that a handful would have once only seen by people can now be seen by millions.

This has given filmmakers a powerful new tool for shaping public opinion.

The growing power of political films is changing the landscape of politics and culture, and there is no telling what the future holds.

Political films have emerged as powerful tools for political campaigns in recent years due to improved film technology and growing trends in digital content consumption.

These films provide candidates with an engaging way to connect with potential voters by showcasing values and accomplishments in an authentic way that engages audiences on an emotional level as well as an intellectual one.

Furthermore, these films can effectively combat negative press or highlight specific issues that might otherwise go unnoticed during election season – giving each candidate equal exposure in the eyes of voters regardless of who gets more coverage from traditional news sources.

By utilizing this innovative campaign approach, political parties have reached new heights in connecting with potential voters across the country – making it clear why political films are becoming such a popular tool for election season success!

Political films are a great tool that can use by political parties to achieve their goals.

However, it is essential to remember that these films should not use for harmful purposes.

If you want to use films as a political tool, you should consult a professional who can help you create a positive and effective campaign.