How to Improve Election Voting System With Blockchain 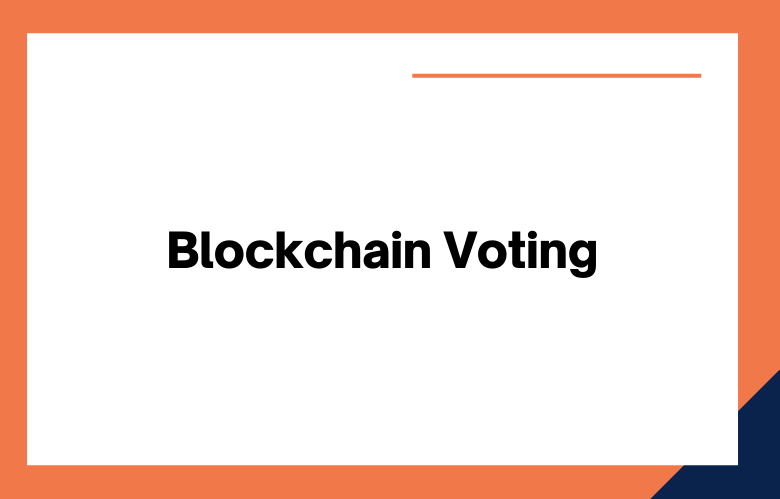 The election voting process is antiquated and in need of serious reform. One potential solution that has been gaining traction lately is blockchain technology. Blockchain offers a secure, tamper-proof way to manage voting data that could streamline the entire process. In this post, we’ll explore how blockchain could be used to improve election voting and what benefits it could bring.

What is blockchain technology, and what are its benefits?

Blockchain technology is the foundation for building a new world of secure digital transactions. It’s essential to understand this concept based on past innovations using a peer-to-peer system and consensus mechanism, providing shared transparency and trust without a centralized authority.

Blockchain technology is one of the significant innovations since the Internet, and it’s changing the world. Because blockchain is a decentralized ledger, companies can use it for various purposes like tracking information about their products and even managing supply chains.

Blockchain technology is a revolutionary idea that provides access to secure information, and it’s the future of media.

Blockchain technology is a digital and decentralized ledger of transactions. Because it’s decentralized, the records can’t be altered or hacked into. It also enables peer-to-peer trading without requiring an intermediary to manage the marketing.

Blockchain is a technology that was created to make transactions more secure. It’s best known for being the technology behind Bitcoin, but it has many other uses.

Blockchain technology is a decentralized platform that allows the transfer of information or cryptocurrency. It’s secure and can be used for various purposes, such as executing contracts and voting.

How can blockchain be used to improve the voting system?

Blockchain can be used to ensure that votes are counted correctly and cannot be tampered with. For example, a blockchain voting system would maintain public records of whether or not someone had voted.

Several companies are now building blockchain-based voting systems. These applications will allow people to cast their votes from anywhere globally and ensure that every voter’s voice is heard on election day.

One potential use of blockchain in the voting system is to make it more secure and transparent. Right now, there are a lot of records that get stored on centralized servers, which can be prone to attacks.

With blockchain, voting can be completely anonymous. This will solve the problem of people being forced to vote a certain way because their families are threatened or scared for their lives.

A key problem in voting is that people are afraid to record their votes. With blockchain, this can be fixed by ensuring transparency. The ledger provides a record of all voters and how they voted so nobody can tamper with the data.

Blockchain technology could ensure that the casting of an individual vote cannot be tampered with. This would allow people’s voices to be heard and help prevent voter fraud truly.

With blockchain technology, the voter can check that their vote was counted and that it wasn’t tampered with.

If blockchain is used to record votes, it will be impossible for someone to vote multiple times.

The advantages of using blockchain for voting

Blockchain is a distributed digital ledger that can record transactions across many computers. The record cannot be altered retroactively without the alteration of all subsequent blocks and the collusion of the network.

Blockchain is a technology that allows a secure and transparent exchange of data. It’s important to note that there is more than one type of blockchain. For example, the Bitcoin network uses a decentralized ledger for its transactions.

Blockchain is a unique technology that allows you to track all the votes. Voters must see who voted for whom and when to check if their vote was counted correctly.

First, the technology is secure. Blockchain can be used to create a paper trail for each vote, so it’s far more difficult for someone to tamper with votes or change results.

Voting is one of the most critical aspects of democracy, and blockchain allows for secure, verifiable voting systems that are fast. This eliminates voter fraud, making it possible to vote from anywhere at any time.

Challenges before blockchain can be implemented for voting

The future of blockchain-based voting

While blockchain is still in its early developmental stages, it can revolutionize the voting system completely.

Blockchain could encourage more people to participate in the democratic process by ensuring secure and transparent voting.

We’d be happy to discuss how to help get your message out there and increase voter turnout for upcoming elections.