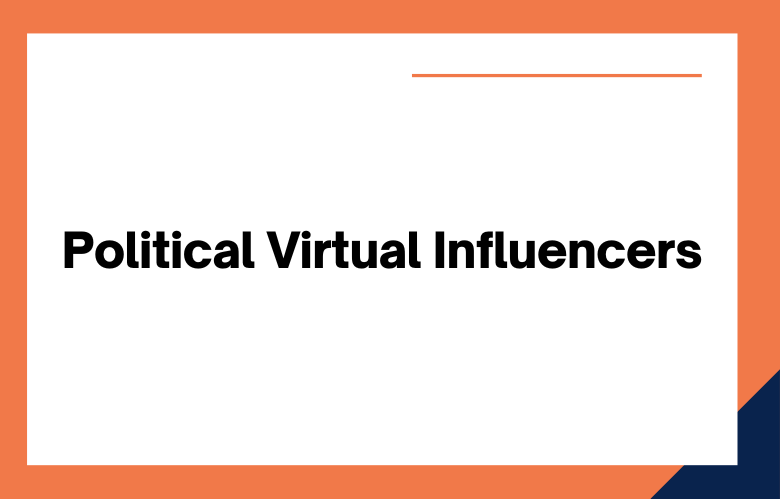 Political Virtual Influencers, or PVIs, are the future wave in political marketing. They are a relatively new and untested concept. Still, they have already shown to be very effective in generating excitement and engagement for a campaign and getting out the vote.

Simply put, it is an online persona created by a campaign to promote their candidate or issue. PVIs can be used to engage with potential voters on social media or even create content (articles, videos, etc.). With the election only months away, now is the time for campaigns to start looking into using PVIs to help them win!

Technology has been booming since the days of Abraham Lincoln campaigning on horseback.

Political marketing has evolved, and today’s campaigns use every tool at their disposal to reach voters.

Increasingly, that includes virtual influencers—people with large social media followings who persuade others to promote a candidate or issue. As the role of virtual influencers in politics grows, so does the potential for savvy campaign marketers to harness their power.

Here’s what you need to know about this new frontier in political campaigning.

What are Political Virtual Influencers?

Virtual Influencers (VIs) are computer-generated characters influencing public opinion on political issues. VIs are programmed to react and engage with users in ways that persuade or change their beliefs. It targets specific demographics with customized messages.

Political VI’s are a relatively new phenomenon, and their use is controversial. Some people believe that VIs can profoundly impact the political landscape, while others worry about their potential to manipulate public opinion.

People will create “Political Virtual Influencers” with robust, attractive features and characteristics. Viewers might want to either learn from the Influencers or participate in the activities in which the Influencers are involved.

Politicians will be practical by creating different political messages that can inspire people or turn them off. The key to political campaign success in the future will be to develop a solid financial base, a strong grassroots base, and a robust digital base. Virtual political influencers will appeal to those bases using digital means to connect and activate those bases.

Political candidates will micro-target campaign messages to interested persons across all media. In particular, candidates will pay special attention to virtual influencers with a high degree of social network impact and a tendency to spread information to others through their avatars and friends in their networks.

Citizens will have an online presence in a virtual world – an avatar – where they can interact with and communicate with other citizens and influence others to vote for them in a virtual space.

Political candidates will increasingly use virtual avatars to campaign for elections. That is, candidates will campaign with their virtual versions of themselves on their political websites and other media and political organizations’ websites.

People can use alternative ways to participate in political debates and elections by demonstrating their political opinions, feelings, and desires through avatars linked to users’ emotions, expressions, and so forth.

It may be possible to influence voters by simulating the actual presence of a candidate or political figure through virtual reality technology.

It predicts that politicians will not just make speeches and campaign for office but also use virtual worlds to raise money and talk to their constituents. In addition, political debates and hearings in the future may be conducted in virtual worlds, saving time and money.

Virtual influencers use to disseminate information and promote an election campaign. Political organizations will use them to gain influence and use social networking websites and traditional media.

Political candidates and organizations will use virtual influencers to convey their messages, recruit volunteers, engage customers, and mobilize support.

Political Virtual Influencers will play an even more critical role in the future of political campaigning. They can provide a personal connection with potential voters and can be used to influence undecided or low-information voters.

If you’re interested in learning more about how Political Virtual Influencers could work for your campaign, contact us for a free consultation. We have years of experience working with campaigns from around the world and would be happy to share our insights!