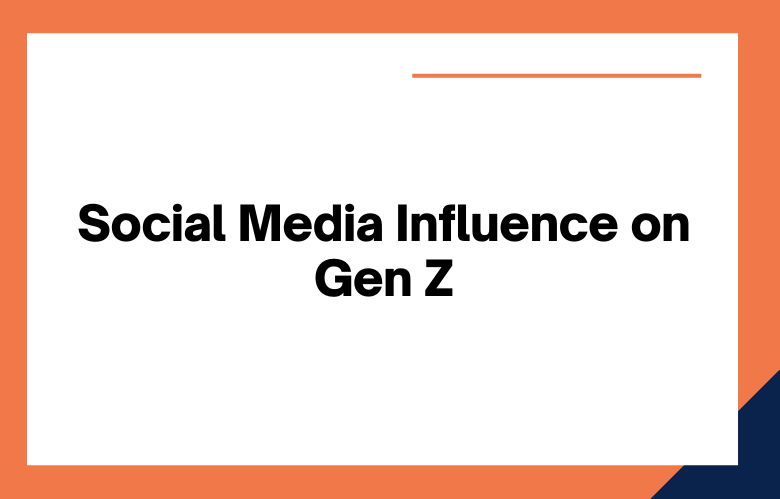 It is no secret that social media has a profound effect on how we think and behave. This is true for Generation Z, who have never known a world without social media.

Generation Z is the first generation to grow up with social media. This has led to them having a different political standpoint than older generations.

Due to social media, Gen Z is more politically engaged and aware than any other generation before them.

As a result, politicians and organizations are starting to pay more attention to Generation Z’s opinions on political issues.

You’ve probably heard much about “Generation Z” in the past few years. They’re the group of people currently coming of age and different from any previous generation in many ways.

One way that’s particularly relevant to this discussion is how they get their information, specifically how social media affects their political standpoint.

Take a closer look at how Gen Z uses social media to learn about politics, and we’ll explore some of the findings from recent studies on the topic. Stay tuned – it’s going to be an exciting ride!

The role of social media in the political landscape

The role of social media in the political landscape is complex and exciting. I think it’s essential to understand how the public uses social media during elections because we need to know how this influences others.

The role of social media in the political landscape is that it helps politicians reach out to their targeted audiences.

Social media is the new frontier of political campaigning. It has changed how people relate to politics and has been instrumental in giving a voice to marginalized communities.

Social media has also been scrutinized despite being vital for activists and politicians. It’s a breeding ground for hate speech, fake news, and cyberbullying.

You can say anything you want on Twitter, but it’s less common for people to talk about politics. The best thing to do is share stories and facts.

People tend to share their political opinions on social media. For example, Twitter is the most used platform for spreading news and political views.

Facebook is a central source for sharing political opinions on social media. People often post pictures or articles to show their support for specific politicians, but they are not always directly advocating for their preferred candidate.

The Effects of Social Media on the Voting Process

Undoubtedly, social media is the most influential platform in today’s world. It is a tool for entertainment and an instrument through which political leaders gain support or lose popularity.

Social media is not a huge factor, but it impacts voting.

Social media plays an essential role in the political process. They’re helping candidates connect with voters, making getting their message out there easier. With social media, people can reach many different voters at once.

Social media is one of the biggest influences in today’s politics. Many candidates use social media to push their political agenda.

One of the greatest threats to our democracy is social media.

You can get news on candidates, see who they are connected to, and discover their stances on issues that matter to you.

How politicians are using social media to connect with young voters

Politicians are using Twitter to communicate with young voters. They have found it suitable for their campaigns because more people use it than other social networks.

Unfortunately, the young generation is becoming increasingly disconnected from politics. In a recent study, only one out of five teenagers would vote if they were allowed to do so.

Some politicians believe social media is the best way to connect with young voters. They can reach a massive audience without spending too much money on TV ads or radio spots.

It’s been found that 71% of millennials use social media and 59% are likely to influence their vote based on what they see or read on social media.

Politicians use social media to reach out to young voters because they’re the most significant demographic.

Politicians use social media to connect with young voters by posting on their pages. With the more youthful generation becoming increasingly connected, politicians must be as active and visible on social media as possible.

One way that politicians are using social media is through their Facebook pages. This platform allows a politician to interact directly with people, and they can better understand the needs of voters.

Although social media is not new, it has become a massive part of our daily lives. Unsurprisingly, politicians have started using these platforms to connect with voters.

Politics can sometimes be a bit boring, but that’s no reason to skip out on learning about them. You should pay attention because it impacts your life and the world around you.

Candidates use social media to reach out to young voters, who popular accounts and memes can sway.

The future of social media and politics

The future of social media and politics isn’t going to be just an internet thing. It’s going to be a reality that is happening in the world right now.

Many platforms like Facebook and Twitter have been used to connect people, but recently, they’ve also become a place to see what politicians are trying to hide.

The best way to get people involved in politics is through social media. It’s the most effective platform for getting people to vote and sharing information about candidates.

Politics and social media are two things that shouldn’t be mixed. It would create some problems with the users, who don’t want to participate in politics.

Social media has become a powerful tool for businesses to reach their customers quickly, but politicians and activists also use it to rally support. They use social media to get more people and organize campaigns.

We can help you engage with Generation Z in a way that builds trust and credibility. Let us know if we can be of any assistance to your firm’s social media marketing strategy!