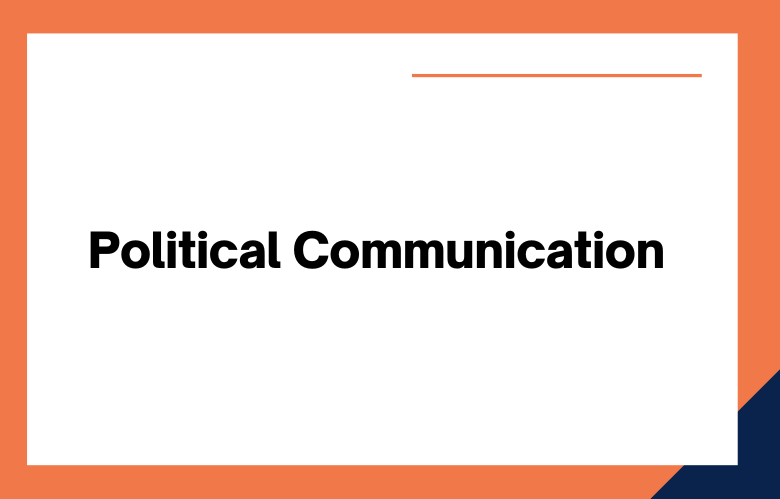 It’s no secret that politicians and social media go together like peanut butter and jelly. Social media has completely changed the game regarding political communication.

These days, politicians are using social media platforms like Twitter and Facebook to reach out directly to voters and connect with them on a more personal level. But is this always a good thing? Let’s examine the pros and cons of politicians’ love affair with social media.

Social media has drastically changed the way how we communicate with each other. In the past, if you wanted to discuss politics with someone, you would have to do it in person or over the phone.

But social media isn’t just changing how we communicate about politics; it’s also changing the content of those conversations. In 140 characters or less, Twitter users are forced to distill their thoughts into their bare essentials.

This has led to the rise of soundbites and slogans to communicate complex ideas. And while this can be helpful in some instances, it also oversimplifies many issues and prevents us from having productive conversations.

Similarly, Facebook has become a place people go to get news. But because Facebook is designed algorithmically to show us content that we’re interested in, it also creates echo chambers where people only see information that reaffirms their existing beliefs. It can lead to severe problems when people are exposed to only one side of an issue.

The impact of Social Media on Political Communication

While social media has had a largely positive impact on political communication, it must consider some drawbacks. First and foremost among these is that it can help social media to spread misinformation.

Because anyone can post anything they want on social media, it’s become increasingly difficult to tell what’s true and what’s not. This is especially problematic during election seasons when fake news stories have been known to circulate widely on social media platforms.

Another downside to social media is that it gives rise to echo chambers. When people only see information that agrees with their existing beliefs, they’re less likely to be open-minded about other points of view.

This can lead to severe disagreements and even hostility between people with different political ideas.

Social media platforms like Twitter and Facebook have given rise to a new era of political engagement. For the first time in history, we can directly communicate with our elected officials without going through traditional channels.

It has given rise to a whole new level of transparency and accountability.

Of course, some argue that this is a bad thing. They say that social media gives too much power to special interest groups and takes away from the vital work that our elected officials are doing.

However, this is a short-sighted view. The fact is that social media platforms offer us a unique opportunity to hold our elected officials accountable.

There are a few reasons why social media is such an effective tool for political communication. First, it allows politicians to bypass the filter of traditional news media.

In the past, if politicians wanted to get their message out there, they would have to rely on the news media to cover them. But now, with social media, they can directly communicate with the public without going through the media filter.

Secondly, social media allows politicians to target specific groups of people with their message. In the past, targeting specific demographics with your message was difficult because mass communication channels like television and radio didn’t allow that customization.

But now, with social media platforms like Facebook and Twitter, you can target your message to specific groups of people based on interests, location, age, and more.

Lastly, social media is a great way to build relationships with constituents. In the past, it was tough for politicians to develop personal relationships with their members because they only had limited opportunities to interact with them.

There are several advantages to politicians using social media to reach out to voters. First and foremost, social media provides a direct line of communication between politicians and the people they represent.

In the past, politicians could only get their message out through traditional channels like television, radio, and print media. But now, thanks to social media, politicians can bypass the mainstream media filter and talk directly to their constituents.

This is especially useful during times of crisis when traditional channels might need help to keep up with the rapidly changing story.

Another advantage of politicians using social media is that it allows them to connect with voters on a more personal level. In the past, most people only knew their representatives as distant figures who existed somewhere in Washington, D.C. But thanks to social media, now we have a much more intimate view of their day-to-day lives.

We see what they’re doing, what they’re thinking, and what they’re feeling. This helps us feel like we know them as people, making us more likely to trust them and vote for them.

There are several advantages to political communication on social media platforms. First and foremost, it gives politicians direct contact with constituents.

This is especially important in today’s fast-paced world, where traditional forms of communication can often feel slow and outdated. Social media also allows politicians to connect with younger voters, who are likelier to get their news from social media than television or radio.

Moreover, social media platforms provide an excellent way for politicians to share their messages with a broad audience quickly and easily. In the past, reaching out to potential voters meant spending money on advertising, which could be prohibitively expensive for many candidates.

But with social media, you need an internet connection and a Twitter or Facebook account—and you’re good to go!

Finally, social media can use as a tool for voter education. For example, suppose there’s a crucial vote on a bill that will affect healthcare or education. In that case, politicians can use social media platforms to share information about the account and what it means for constituents. This can help ensure that voters are informed when they head to the polls.

Of course, there are a few drawbacks to politicians using social media. One of the biggest dangers is that things can get out of hand very quickly on social media platforms. Because there is no filter between what a politician says on social media and what actual voters see, there is always the potential for things to be taken out of context or for a politician to say something they later regret.

Another problem with social media is it can give rise to echo chambers; people only see information that agrees with their existing beliefs and biases. It makes it difficult for people to form balanced opinions about complex issues.

Of course, there are also some disadvantages to political communication on social media platforms. One major downside is that it’s hard to control the message when it’s being shared online.

For example, if a politician makes a slip-up during an interview or a speech, that video or soundbite can quickly go viral—and once it’s out there, it can be challenging to take back.

Social media can use as a tool for misinformation. With so much false information circulating online, it can be challenging for voters to separate fact from fiction.

Politicians may inadvertently contribute to this problem by sharing inaccurate information or by failing to correct false information that’s been shared about them or their opponents.

Some people believe that too much political communication on social media platforms can lead to polarization and division rather than understanding and compromise.

When people only consume information confirming their beliefs, they’re less likely to be open-minded about other points of view. This can make it difficult for society to move forward on important issues.

The benefits of Political Communication on Social Media Platforms

Many benefits come from political leaders communicating on social media platforms. The most obvious benefit is it allows them to reach a wider audience. In the past, political leaders would communicate through traditional channels such as television, radio, and print media. While these channels are still important, they must reach the same audience as social media.

According to a study by Pew Research Center, 67% of American adults use social media platforms. This is a significantly higher number than those who consume news through traditional channels.

In addition to reaching a wider audience, social media also allows political leaders to build relationships with citizens. In the past, citizens needed a lot of work to connect with their elected representatives. But now, social media has made it possible for anyone with an internet connection to reach out to their representatives and have their voices heard.

For example, if citizens are unhappy with their representative’s decision, they can easily send them a message on Twitter or Facebook. This direct communication is highly beneficial as it allows representatives to get feedback from constituents in real time.

They can share photos and stories from their personal lives, which helps connect them and the electorate.

Despite the challenges posed by social media, there are also some clear benefits. The most obvious benefit is that social media gives politicians an easy way to reach out to many people quickly and easily.

In the past, reaching voters through traditional channels like television or radio required buying advertising time or space, which could be very expensive. But with social media, you only need an internet connection and an account on a platform like Twitter or Facebook.

Another benefit of social media is it allows for two-way communication between politicians and voters. In the past, if a voter wanted to tell their elected representative how they felt about an issue, they would have to write a letter or make a phone call—and there was no guarantee that their message would be received or read.

But with social media, voters can leave comments on posts or tweets, start discussions in online forums, or even directly message their representatives. As a result, social media has made it easier for voters to make their voices heard on the issues that are important to them.

There’s no doubt about it: social media has completely changed the landscape of political communication. While there are some advantages to this new reality, some significant dangers also need to be considered. It remains to be seen how this will all play out in the long run, but one thing is for sure: we’re in for an exciting ride.

Social media platforms are powerful tools for communicating with the public.

They provide a way to share your message and connect with voters directly.

However, using these platforms effectively requires a strategic approach.

Contact us today to help develop a social media strategy to reach more voters and get your message out there.