Political OTT Advertising: How do advertisers use OTT to reach their target audience? 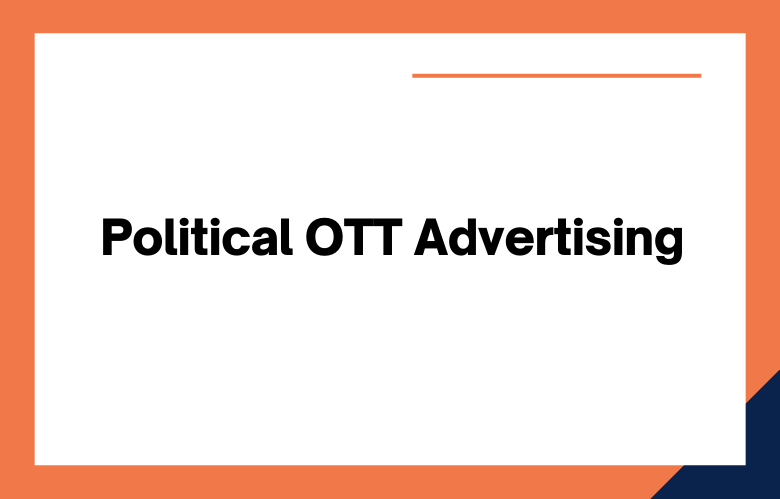 Political OTT Advertising: In our society today, political advertisement is a dime a dozen. It seems that you can’t watch TV or browse the internet without being bombarded with advertisements for presidential candidates and their agendas. With all of these ads coming at us from every angle, it’s hard to know what to believe anymore. In this blog post, we’ll look at the history of OTT advertising in politics and how it has changed over time.

The use of OTT advertising is on the rise. For many marketers, it’s a cheaper and more effective way to reach customers than traditional TV ads. But what are the risks? How can you make sure your marketing budget isn’t wasted on ineffective ads?

What is OTT Advertising?

Over-the-top advertising is one of the most effective types of marketing strategy. It’s also very inexpensive because you can use anything from YouTube to Twitter to get your message out there.

Over-the-top (OTT) advertising is a method of delivering television content via the internet to computers, televisions, mobile devices, and other consumer electronics.

OTT advertising is a form of digital marketing that helps brands communicate directly to consumers.

Over-The-Top refers to a type of internet video distributed via the web rather than through traditional systems such as cable or satellite television.

Over-the-top advertising is a form of video advertising that features short clips or other visual media. It’s very similar to traditional television commercials, only instead of being limited to the standard thirty seconds.

What is Political OTT Advertising, and how does it work

Political OTT advertising is a growing trend in political campaigning. This method of advertising works by using social media to spread your message.

Political OTT advertising is a growing field, and it’s tricky to define. People can use this method for different reasons: they may want to promote their candidate or party, communicate specific values or share opinions with other people on social media like Facebook.

One of the most exciting types of political advertising is OTT. It’s highly effective, and it can be used to target specific audiences.

Political OTT advertising is the use of online platforms for political campaigns. It allows parties to target voters directly through social media and conducting direct messaging.

How do Advertisers use OTT to reach their target audience?

One of the significant ways to reach your target audience is through OTT because it’s direct and based on demographics.

With OTT, advertisers can target their audience with the best video format for each viewer.

Over-the-top entertainment is a great way to reach young audiences.

Who can participate in an OTT campaign

All types of people can participate in an OTT campaign, even you!

What are the pros and cons of OTT Advertising

OTT advertising is a great way to get new customers and increase brand awareness, but it can be expensive due to heavy bandwidth usage.

The pros of OTT advertising include reaching a target audience, measuring the campaign results, and adjusting as needed. The cons are that you can’t go as many people as traditional media channels and getting started with this type of marketing.

OTT advertising is a new type of television ad that’s been gaining popularity in recent years. OTT is “over the top,” and it means digital content delivered via broadband. It can be used with any device, including Smart TVs, computers.

OTT advertising has many advantages. For one, it’s more engaging because it allows viewers to watch programs at their convenience. Also, advertisers now can reach customers on devices outside of the home or office setting, which was not possible before.

The Benefits of using OTT for your Campaign

OTT, or over-the-top, is an effective way of getting your message out to the public. OTT involves using internet-based streaming services such as Netflix and YouTube to deliver content directly into people’s homes without subscribing.

OTT was used for the Campaign because it’s a very effective way to reach millennials.

One of the most significant benefits of OTT ads is that you don’t need to worry about buying impressions for them because they’re free. Because everyone sees your adverts whether they want to or not, it makes it hard to get clicks.

The fact that you’re reading this proves that OTT is great.

The effects of political OTT Advertising

The only idea behind this strategy is to use the reach of TV, radio, and other traditional media for digital marketing purposes. One example would be using a banner ad on Facebook that links back to your YouTube video or website. With so many people abandoning cable subscriptions in favor of streaming services like Netflix, Hulu, and Amazon Prime, it’s essential not only to know what makes up the audience you are targeting but also how they consume information content. Contact us today if you want more insights into political OTB advertising strategies!