How to Deal with Political Social Media Trolls and Spammers 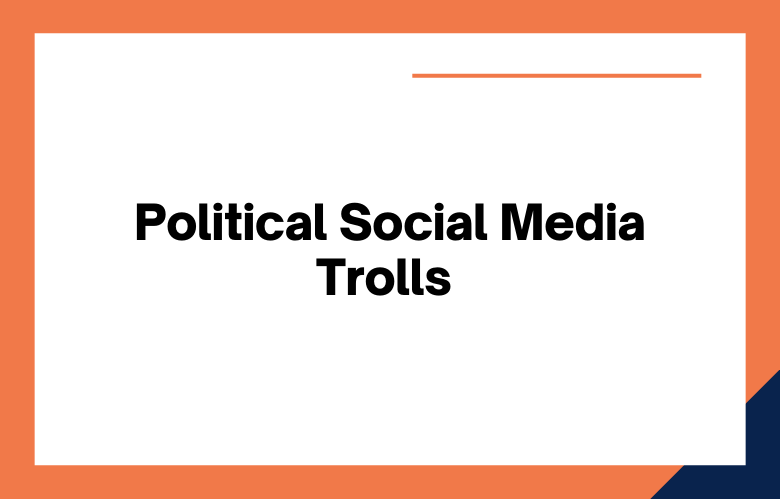 If you’ve been online in the past few months, you’ve seen someone trolling or spamming political posts on social media. It can be frustrating, and it’s hard to know how to deal with them.

I’m going to share some tips on how to deal with political and social media trolls and spammers, as well as how to protect yourself from them. So read on, and stay safe!

If you have been using social media in the last few months, chances are you’ve come across a political, social media troll. For some unknown reason, these seem to take pleasure in causing discord and anger on social media platforms.

What is Political Social Media Trolling?

Political social media trolling is when people use the Internet to spread false information about political candidates.

Trolling is a way to express opinions on social media. It’s been done for years in video games, but it’s now used more often in politics and government.

Political Social Media Trolls use social media to inflict harm on others.

Political Social Media Trolling is a discourse in which people use social media platforms to incite, inflame, or exacerbate political conflict and tension through misleading information.

Political Social Media Trolling is when a person or group uses social media to make the public aware of political events and issues.

Political social media trolling is when a person or organization takes advantage of the political climate by using misleading information to fool users into believing something false.

What is a troll, and what are their intentions

Trolls are those people who like to get a rise out of you. They often post comments that seem like they’re being friendly and helpful but have an ulterior motive.

A troll is something that comes into a discussion to provoke adverse reactions. They do this by posting provocative content with the intent of angering others.

Trolls are nothing but people who post inflammatory, extraneous, or off-topic messages in an online community.

Ignore them. They’re just upset that you have a different opinion than they do. Ignoring them will stop their trolling, but report the abuse to your Internet service provider and block them on social media or email if it doesn’t.

The best way to deal with trolls on social media is not to respond. If you do, it will only encourage them and their friends. The next time you see a troll tweet or status update, ignore it and move on.

Try not to engage with them. If they’re causing a problem, report them on the service you’re using and block or mute their accounts.

You should not respond to trolls because the Internet is extensive, and many people will point out how rude or stupid they are.

If you see someone who is trolling, or if someone searches you, block them. If that doesn’t work, report the person to an online forum moderator and stop them.

Listening to people who have different opinions than us is the significant thing to dealing with them. We can only understand their feelings about any topic and solve our differences through an open dialogue.

Ways to deal with Political Social Media Trolls and Spammers

Social media is the only world of political campaigning and voter engagement. Unfortunately, this also means it can be challenging to navigate the social sphere without coming across trolls and spammers who want nothing more than to derail your campaign or business. Luckily, our team is here for you!

We offer marketing consulting services tailored specifically for those in the political arena and other industries, such as digital marketing firms. Reach us today if you need help with anything, from building an effective campaign strategy to dealing with trolls on social media sites like Facebook, Twitter, Reddit, etc.