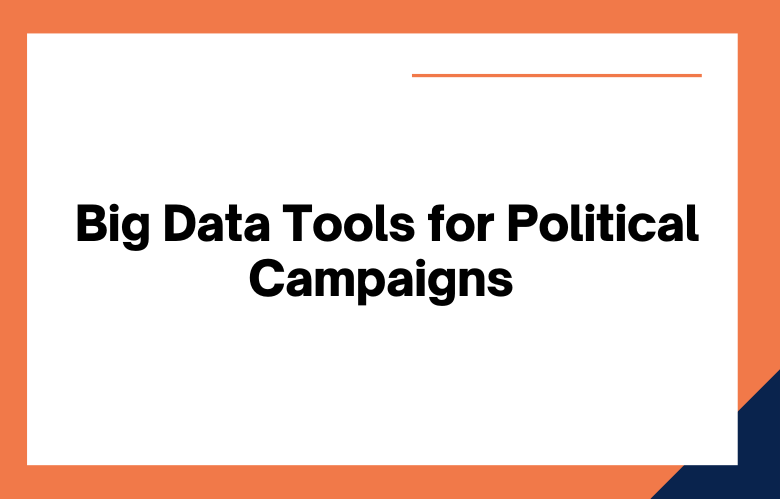 In the digital age, data is king. We’ve seen a growing trend of political campaigns using big data tools to micro-target voters. By understanding the behavior and preferences of individual voters, campaigns can tailor their message and approach in a way that is far more effective than the traditional one-size-fits-all approach.

Big data collects large amounts of data and is sorted to identify patterns and trends. In political campaigns, big data collect information about voters, including their demographics, voting history, and interests. This data is then analyzed to identify which voters are most likely to support the campaign.

In the past, voter files were only accessible to large political parties and campaigns. But now, thanks to new data services like i360, any movement can access this powerful tool.

Another big data tool frequently used by political campaigns is social media data. By analyzing the social media behavior of potential voters, movements can gather valuable insights into their interests and preferences. This information can be used to micro-target ads and content on social media platforms like Facebook and Twitter.

For example, a campaign might target African American women who live in urban areas and have voted in past elections with a message about criminal justice reform.

Another popular big data tool is social media data. Top Social media channels such as Twitter and Facebook are a goldmine of information for political campaigns. Campaign staffers can use social media data to track important issues to potential voters and then craft messaging accordingly. Additionally, social media data can identify potential donors and volunteers for a campaign.

In the past, political campaigns relied on voter surveys and public opinion polls to get a sense of where voters stood on the issues. However, these methods only provide a snapshot of voter sentiment at a given time. They don’t give campaign operatives the ability to track how individual voters’ opinions change over time or to identify potential swing voters.

Big data tools solve these problems by allowing campaigns to collect and analyze vast amounts of information on individual voters. For example, using big data tools, campaign operatives can track how often a particular voter visits a campaign’s website, what pages they visit, and how long they spend on each page.

Operatives can also see whether or not a voter has opened an email from the campaign and clicked through to any links therein.

This wealth of information allows campaigns to micro-target voters with personalized messages designed to appeal to their interests. For example, if a campaign knows that a particular voter is interested in environmental issues, they can target that voter with messages about the candidate’s environmental policies. Or, if a campaign knows that a voter is undecided on a particular issue, they can target them with messaging that attempts to sway them one way or the other.

In the past, political campaigns relied on onion polls and demographic data to make keen decisions about where to focus their efforts. However, these methods are often inaccurate and do not give campaigns a complete picture of the electorate. With big data tools, campaigns can get a much more detailed view of the people they are trying to reach.

For example, campaign managers can use big data tools to track the social media activity of potential voters. They can use this information to figure out which topics are important to them and what kinds of messages are resonating. This allows campaigns to create targeted ads and messages more likely to connect with potential voters.

Big data tools have also been used to identify potential donors and volunteers for political campaigns. By analyzing data from online sources, campaigns can find people who might be interested in supporting their candidate. This helps campaigns save time and money by only targeting people who are likely to get involved.

Micro-targeting relies on data collected from various sources, including public records, consumer behavior data, and social media activity. This data is then analyzed to develop detailed profiles of individual voters.

Once these profiles have been developed, campaigns can use them to target voters with ads, emails, phone calls, or door-to-door visits that are specifically tailored to their interests and needs.

For example, suppose a campaign has developed a voter’s profile concerned about education reform. In that case, they may target voters with ads or messages focusing on the candidate’s education reform platform. By contrast, if a campaign has developed a profile of a voter mainly concerned with taxes, they may target that voter with ads or messages that focus on the candidate’s tax reform platform.

Micro-targeting aims to give each voter the impression that the campaign cares about their specific needs and concerns and is more likely than other candidates to address those needs if elected.

Big data tools offer many advantages for political campaigns looking to micro-target voters. By understanding the behavior and preferences of individual voters, campaigns can tailor their message and approach in a way that is far more effective than the traditional one-size-fits-all approach.

With big data tools, political campaigns can target voters with laser precision and dramatically increase their chances of success at the polls.