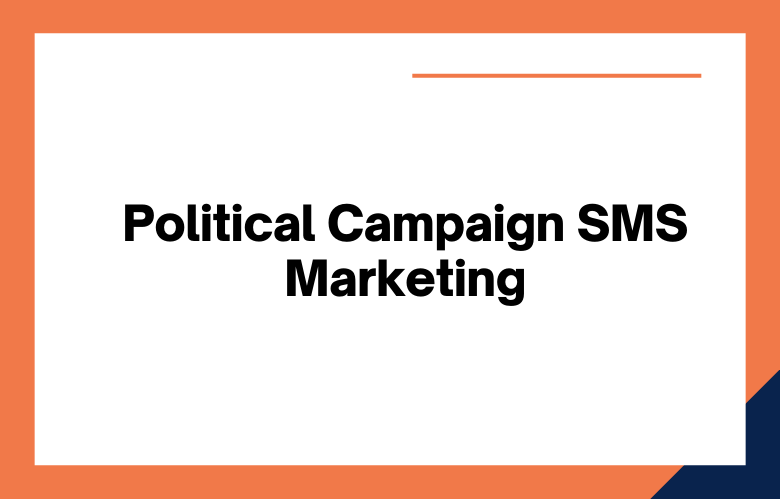 Political Campaign SMS Marketing: As the world becomes more digital, so does everything else. Political campaigns are no exception to this trend, as they have used social media and other digital platforms to reach out to their supporters and voters for years.

With that being said, it’s not surprising that campaign managers are trying new methods of communication with potential voters, including text messaging. This way had mainly gone unused from 1992 until recently, when it became a popular medium again thanks to the rise of smartphones.

According to Pew Research Center, this article will explore how political candidates can best use SMS marketing to reach out to their target market – millennials, who make up approximately 50% of eligible voters.

What is Political Campaign SMS Marketing?

The definition of political campaign SMS marketing is direct marketing that uses a short message service to deliver information about a political candidate and related issues.

Political Campaign SMS Marketing sends text messages to your contacts asking them to vote for a candidate.

Political Campaign SMS Marketing is an effective way to get your message out.

How SMS Messaging Can Accelerate Your Political Campaigns

Pew Research Center study found that almost two-thirds of Americans have received a text from a campaign, candidate, or political party.

Did you know that your campaign can reach thousands of supporters within hours by signing up for a company’s SMS messaging service?

With the invention of mobile phones, SMS messaging has become a prevalent means to send information. Because many people are constantly on their cell phones, texting is easy and convenient.

How Can You Fundraise Through Text Messaging?

Many organizations are now reaching out to their members using text messaging. This is an easy way for them to communicate with their members and build a relationship that will benefit both parties.

It’s easy. You can do it through word of mouth, social media, and email marketing. We’ve even got a handy infographic that shows you the different ways to raise money with text messaging!

One of the most effective methods to fundraise is through Text-to-Give. It’s simple and effective, and your supporters will love it.

There are several methods to raise money through text messaging. The first way is by simply asking for donations from friends and family.

How To Write Political Text Messages That Win

Use the language of the people. That means making your political texts sound ordinary and natural rather than formal or unnatural.

First, you should know that a typical text conversation is relatively short. It would be best if you grabbed the voter’s attention as soon as possible.

If you’re running a political campaign, there’s nothing better than SMS marketing software.

Political campaigning has changed dramatically, with many nations creating new laws to protect citizens’ privacy. SMS marketing is now the most effective way for political campaigns to spread their message and secure votes individually.

Political campaigns can be won by messages delivered through SMS.

It’s no secret that SMS marketing is one of the most effective ways to reach your audience and drive engagement. In this article, we’ve discussed how SMS messaging can be used as a valuable tool in political campaigns for driving donations and getting out the vote on Election Day.

Contact us today if you wish to learn more about how it could help your campaign! We have experts ready and waiting to work with you so that you can take advantage of these powerful tools without any hassle. What do you think? Does your campaign need assistance with texting? Let’s chat!